As you may have noticed, I haven’t posted anything in a while, so a brief update may be in order. In the last three months, I graduated from UC San Diego with a master’s degree, got a job at Fitbit in San Francisco, and moved from San Diego to Oakland. Lots of exciting changes! With very little time to write for the site. But I’m hoping to turn that around now that things are settling a bit. 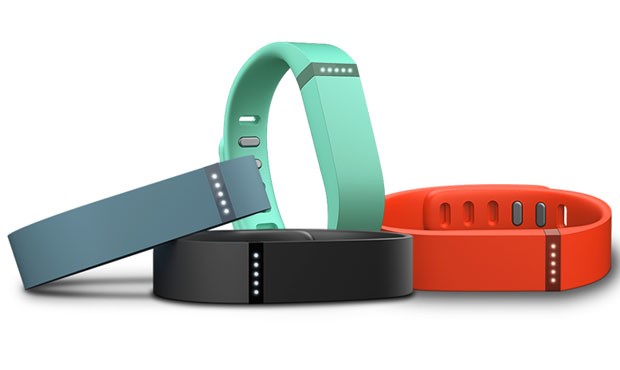 A bit about Fitbit, I’ve posted about them before and it was my interest in their products that led me to apply to work there. The Fitbit tracks your daily activity using sensors such as accelerometers and altimeters. The data is tracked in a small device you wear in your pocket or on your wrist and synced to a website and mobile app.

I got my Fitbit from the company when I joined so I didn’t buy it with the intent to change my behavior as most consumers probably do. Still, I definitely find myself making different choices because of the Fitbit, which is amazing because changing behavior is difficult stuff! Harder than changing cities and changing jobs, take it from me.

These days, if I have to choose between multiple trips carrying groceries or going the long way round, I feel the extra effort isn’t “wasted” because the Fitbit is counting. Logically, I know it’s good for my health whether the Fitbit is counting or not, but somehow when you can’t see it, it doesn’t seem real and tangible. And it does feel like wasted time. I’m the kind of person that walks the hypotenuse because it’s the shortest distance.

Another thing I enjoy about the Fitbit is the minimal maintenance of the product. It syncs wirelessly with your computer without you having to do anything. It needs charging once every week or two! I’ve posted before about how charging all your various devices can be a real pain and offset the benefits of the device itself. As described in that post, low power wireless technologies can change that and the Fitbit takes advantage of this by using Bluetooth Low Energy. It also has a dead simple interface that ensures that any user can get going without having to “learn” how to use it.

So that’s where I work right now, writing firmware for Fitbit’s next great products! And I hope to get back to writing some articles for the site as well. Thanks for reading.

This site uses Akismet to reduce spam. Learn how your comment data is processed.